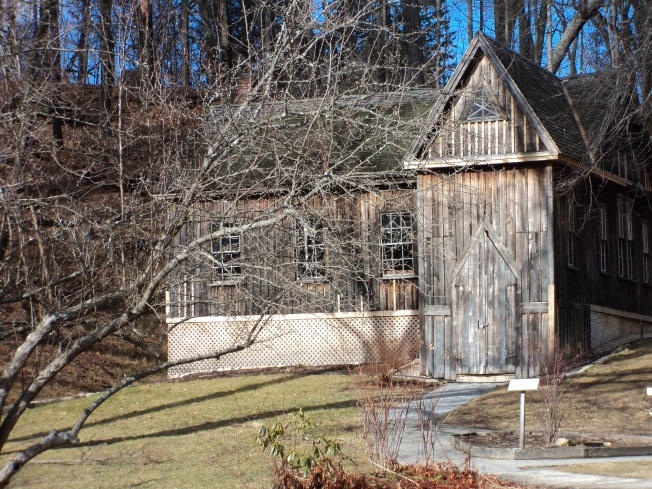 The Orchard House was the Alcott family’s home, with the family living there from 1858 to 1877. During this period the Alcott family included Bronson, his wife Abigail May, and their daughters Anna, Louisa, and May. Elizabeth, the model for Beth March, had died in March 1858 just weeks before the family moved in.
The Alcotts were vegetarians and harvested fruits and vegetables from the gardens and orchard on the property. Conversations about abolitionism, women’s suffrage and social reform were often held around the dining room table. The family performed theatricals using the dining room as their stage while guests watched from the adjoining parlor.
In 1868, Louisa May wrote her classic novel “Little Women” in her room on a special folding “shelf” desk built by her father. Set within the house, its characters are based on members of her family, with the plot loosely based on the family’s earlier years.
On the grounds, to the west of the house, is a structure designed and built by Bronson originally known as “The Hillside Chapel”, and later as “The Concord School of Philosophy”. Operating from 1879 to 1888 the school was one of the first, and one of the most successful, adult education centers in the country.
In 1877, Louisa May Alcott bought the Thoreau home on Main Street for her sister Anna. Orchard House was sold in 1884.