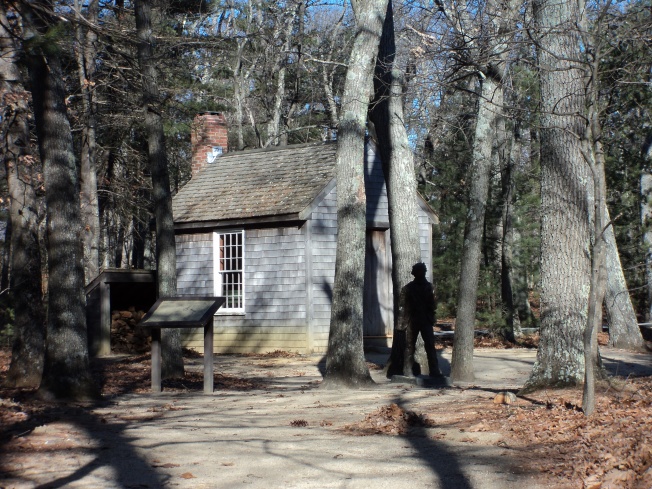 The writer, transcendentalist, and philosopher, Henry David Thoreau, lived on the shores of Walden Pond for two years, two months, and two days, starting on the Fourth of July in 1845.
During his stay, he kept a journal chronicling everything he witnessed and learned from nature. His experience at Walden Pond provided the material for his book”Walden” which is credited with helping to inspire awareness and respect for the natural environment.
His writings also prompted people to revere their own “place” as special, rather than being concerned only with far-off grandeur. Walden Pond was designated a National Historic Landmark because of Thoreau’s legacy, and is considered the birthplace of the modern conservation movement.
On the property of Walden Pond, there is a replica of Thoreau’s one-room cabin.
The Concord Museum has the original bed,chair and desk from the cabin on display.

One thought on “Thoreau’s Walden Pond”