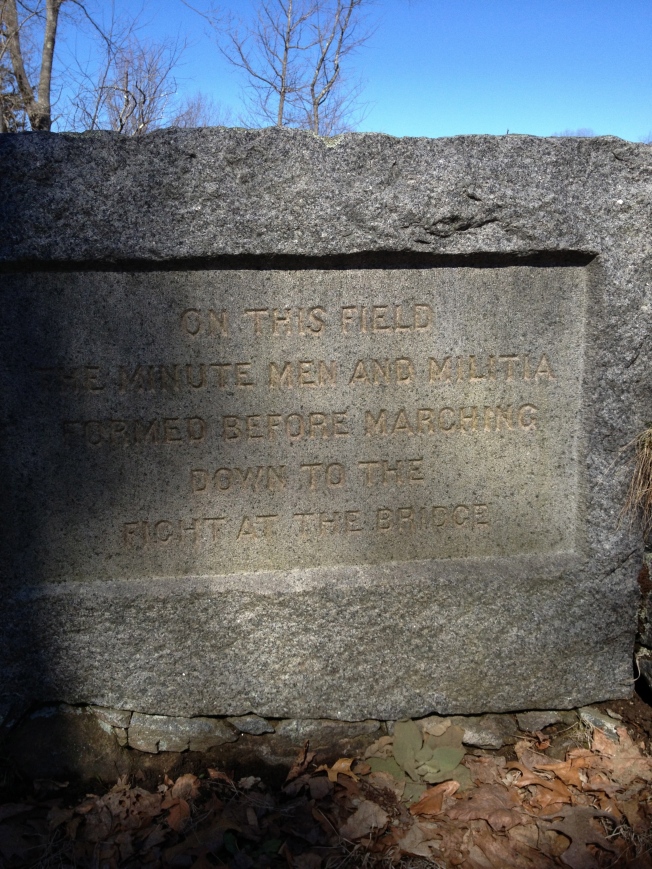 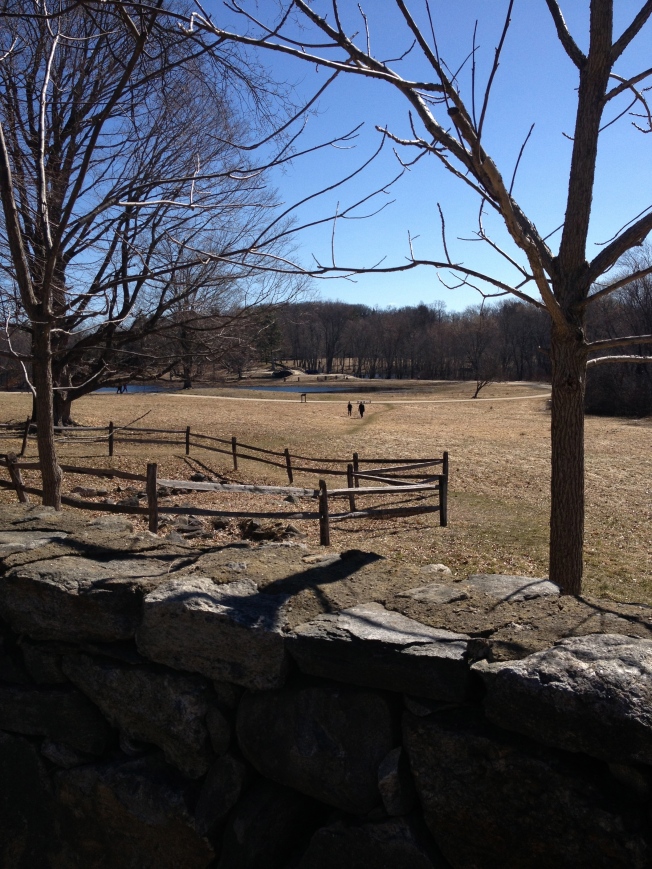 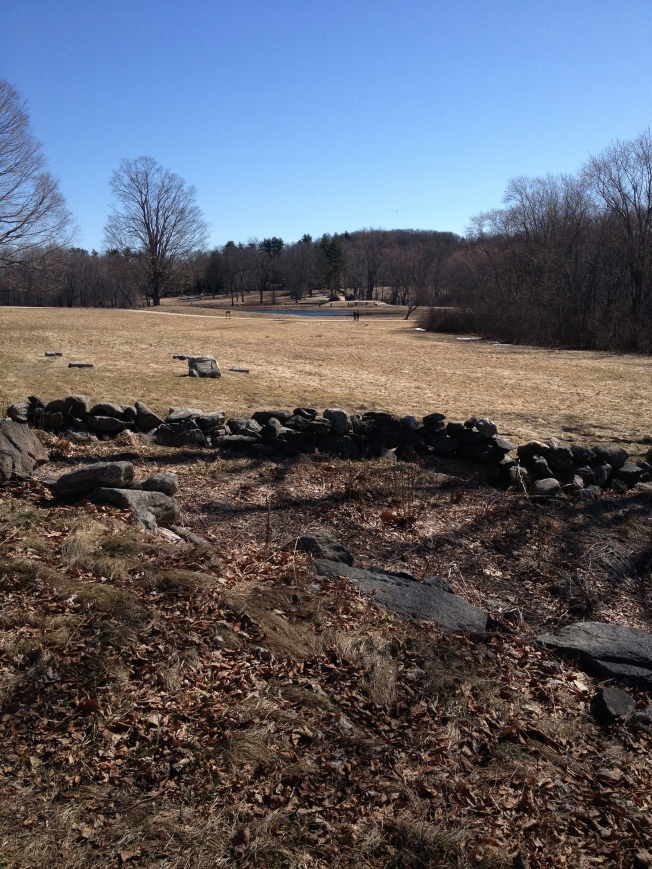 By the rude bridge that arched the flood
Their flag to April’s breeze unfurled
Here once the embattled farmers stood
and fired the shot heard round the world.

Way up on this hill pictured,overlooking the North Bridge in Concord, the Patriots watched as their town was burning-the British had come to destroy the military store and equipment known by General Gage to be in Concord. The date:April 19,1775.
Colonel James Barrett surrendered the town of Concord and led the men across the North Bridge to this hill about a mile north of town, where they could continue to watch the troop movements of the British and the activities in the center of town. This step proved fortuitous, as the ranks of the militia continued to grow as minuteman companies arriving from the western towns joined them there.
While some say that the American War of Independence began in Lexington on the Village Green on the same date, where a shot was fired by the British but not returned,ALL Concordians believe the War began in Concord on the North Bridge as shots were fired from both sides. To be fair,I will cover Lexington tomorrow!

This is at the North Bridge on a gravestone to remember the British militia:

They came three thousand miles and died,
To keep the past upon its throne.
Unheard beyond the ocean tide,
Their English mother made her moan.

This is a stanza of a poem called “Lines” by James Russell Lowell.