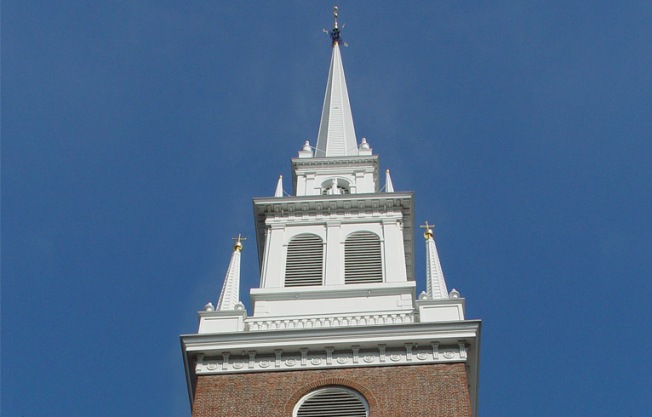 If you’ve “been there, done that” on Patriots Day, there are some off-the-beaten-path events you might be interested in. If you don’t wish to get up at the crack of dawn to see a faked battle, or your kids don’t like the sound of gunfire, you might be more inclined to watch Paul Revere do his ride at the healthy hour of about 10:00 a.m. Although historically inaccurate (he rode in the late evening, and he did not shout the whole way to Lexington, as he surely would have been caught by Redcoats), this event is family- and sleep-friendly. The event begins in downtown Boston with a flag-raising ceremony and parade on City Hall Plaza. Paul Revere’s journey, organized by the National Lancers, begins at the Old North Church in Boston’s North End where he hung his lanterns, and continues through Charlestown, Somerville, and Medford to Lexington, with Revere stopping in each town to deliver his message and greet the townspeople. (If you’re concerned about the horse’s hooves pounding the hard pavement, don’t worry: they follow him in a trailer to carry the horse when he’s tired.) Pick and choose which towns to catch him in – as his journey takes about two hours. If you get hungry along the way, stop in for eggs and sausage at the Paul Revere Restaurant in West Medford.

Don’t think William Dawes doesn’t get his share of the glory, too. He began his ride in the town of Roxbury (now a neighborhood in the southern part of Boston), and rode through Brookline, Allston, Harvard Square in Cambridge, and Arlington to reach Lexington. There was a reason they took separate paths – so that if one got caught along the way, the other would hopefully make it to their destination to deliver the message. The National Lancers website has more information, but you can also visit Discover Roxbury, the Brookline Historical Society, the City of Cambridge, and the Arlington Historical Society.