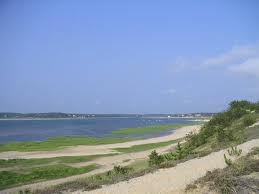 In 1849-1857 Henry David Thoreau took 4 trips to the area called Cape Cod. As George Howe Colt points out in his book “The Big House” Thoreau is the first person to pronounce living near the sea to be a therapeutic thing to do! Up until then only fishermen lived near the sea and it was not considered desirable.

Here is an excerpt from Howe’s book-“In 1849 the notion of voluntarily traveling to Cape Cod to see the ocean -without planning to fish,build a ship,go whaling,or scavenge a wreck-would not have occurred to anyone except,perhaps,a man who had spent two years gazing into a small,dark pond. Cape Codders considered shorefront land nearly worthless.Cape Codders would have snorted if someone had told them their most valuable resource lay in those serene bluffs and forbidding shores. But Thoreau knew better-” the time must come when this coast will be a place of resort for those New Englanders who really wish to visit the seashore.” In July of 1872,the Old Colony Railroad completed an extension down the east shoreline of Buzzards Bay to Woods Hole. Over the next twenty years,the Old Cape Cod was overlaid with the new.”

This is very interesting to me on a personal note as our area in Falmouth was started exactly then-the first six cottages went up in the late 1870’s. Oak Bluffs on Martha’s Vineyard and many other communities sprung up at this time-many of them,such as ours, were originally camping grounds for church-related activities and renewal. In fact, when you buy a house in our area the lots are designated as “tent lots”!

I bought this fire hose nozzle at an Antique Sale at my church 2 years ago. My husband and I both loved it-it is solid brass and leather and is probably from the 1920’s. We decided to turn it into a lamp-he built the wooden base but the rest of the electrical work was done by Concord Lamp and Shade. They can turn just about anything into a lamp! 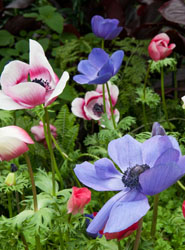 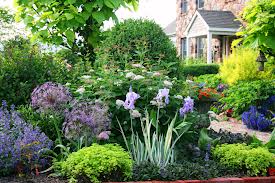 The Museum’s Garden Tour has become a New England tradition for garden lovers from near and far. The Garden Tour will take place on two days, Friday and Saturday, May 31 and June 1, rain or shine. Each of the seven private gardens reflects the individual interests and passions of the owners and their families and will inspire both new gardeners designing their first perennial bed and accomplished landscapers with acres of “garden rooms.” The Garden Tour is organized by the Concord Museum Guild of Volunteers as a benefit for the Museum’s educational initiatives.

The tour of Concord-area gardens is self-guided and self-paced, beginning each day at 9:00 a.m. and continuing until 4:00 p.m. Garden-goers should arrive at the Museum to pick up their maps prior to starting out. Tickets are good for either or both days, but each garden may only be visited once. Advance purchase discount price through May 24 ONLY: $30 Members, $35 Nonmembers. After May 24 or at the door: $35 Members, $40 Nonmembers. No refunds; no photography. And don’t forget to stop by the Museum Shop, filled with wonderful garden-related gifts! 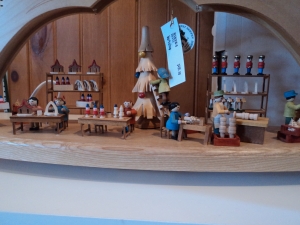 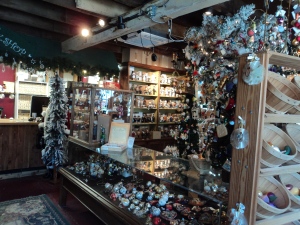 If you are in Gettysburg visiting the battlefields, take a 9 mile detour on route 30 east to New Oxford PA. There are great antique stores(the prices are fantastic) and there is the Christmas Haus. If you are in the mood to stock up on German smokers,nutcrackers,pyramids and ornaments-you are in the right place.You can also order their wonderful imports online. 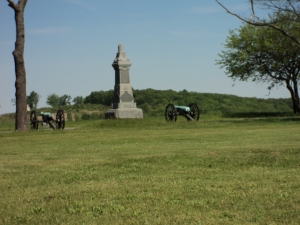 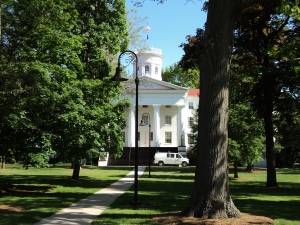 This year makes a special occasion for Gettysburg College, the town and the nation. They are in the midst of the Sesquicentennial Commemoration of the American Civil War(2011-2015) and 2013 marks the 150th anniversaries of the Battle of Gettysburg and President Abraham Lincoln’s Gettysburg Address.Gettysburg College has a rich history that started almost three decades before our nation’s greatest conflict.

Gettysburg College was founded on April 7,1832 by theologian Samuel Simon Schmucker. When the battle of Gettysburg began,the College stood in it’s midst. Elements of the two great armies swept through campus on July 1,1863,the first day of the decisive battle of Gettysburg. Pennsylvania Hall(pictured) became a hospital for hundreds of soldiers from both North and South.

On November 19,1863 townspeople,students, and faculty marched to hear President Lincoln hallow the National Cemetery with his Gettysburg Address.David Wills,an 1851 graduate,invited Lincoln to deliver “a few appropriate remarks”.You can visit the Wills house and view the bed that Lincoln spent the night in on that historic visit.

Last November,2012 Steven Spielberg who directed the movie “Lincoln” and Doris Kearns Goodwin who wrote the book “Team of Rivals” were in Gettysburg together and spoke to a crowd of over 9,000 people.

Sitting at my son’s Graduation at Gettysburg College yesterday I couldn’t help but wonder what the history is of the cap and gown and why we always wear this academic apparel at Graduations. This is what I found out:

The custom started during the 12th century when early universities were still beginning to be formed in Europe. These universities were tasked to validate degrees as well as list the names of scholars who were officially enrolled, and they were to record the progress of students to the next degree.

At that time, no sufficient heating system was provided in such universities, and as such, students were forced to improvise to keep warm.

The scholars, who were usually aspiring clerics or already clerics, started the practice of wearing a long robe with a hood for heat. Later that century, gowns were made the official dress of academics to prevent excessive apparel.

On the other hand, the square academic cap also called a mortarboard-because of its resemblance in shape to the device utilized by masons to hold mortar-was reputed to have originated from a biretta worn by scholarly clergies, which was used to signify their superiority and intelligence. These hats became popular in the 14th and 15th centuries and were only worn by artists, humanists, students, and all those learned. They usually came in the color red signifying blood and life, hence, power more than life and death.

Regardless if you live in America or in another country, graduation caps and gowns, along with tassels, hoods, stoles and diploma covers are common apparel whenever men and women graduate from school.The colors,designs, and opulence used in the tassels,hoods,velvet and satin trimmings, and robes designate everything from the level of degree held by the wearer to his or her field of study to the institution from which the degree was earned. From a child graduating from preschool or kindergarten, all the way up to doctoral graduates, you’ll find various colors, styles, and materials for your educational affiliation. 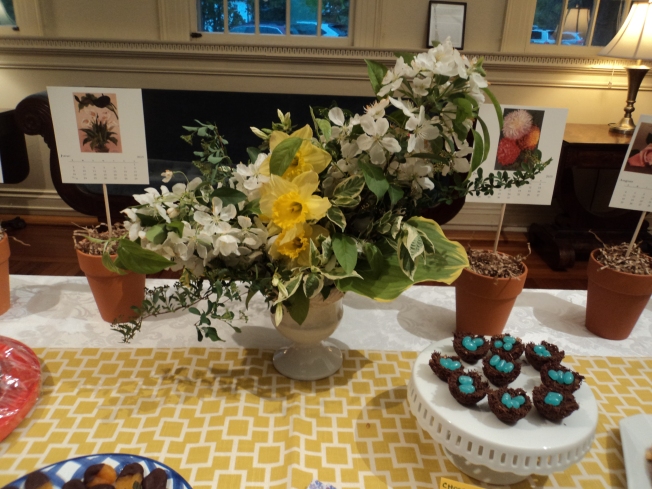 I have this ever-clever friend who made these adorable treats the other night for our Garden Club meeting. She shared with me how you make them:

All you need are the large shredded wheat biscuits, crumbled (I would say 6-8 per pound, you just need to decide how brown you want them), and 2 pounds of chocolate (ie chocolate chips are great).

You melt the chocolate in a double-boiler over med high heat until all just melted, then pour carefully into bowl of shredded wheat (already broken up biscuits). Wait for chocolate to cool (less than a minute) and prepare to get your hands dirty (food-safe gloves recommended)!

Just mix together until it is very, very thick.

Using parchment paper to line the inside of whatever shape you want your nests to be in (cupcake tin, bowl–your choice!), take a large scoop and place on the parchment paper in that container.

You will then press the mixture up against the sides and down against the bottom until it is in desired shape–may need to add more to thicken walls of nest.

Let harden by leaving at room temp, or to speed up, put on cookie sheet and stick in the fridge for an hour or two.

When done, carefully peel of parchment paper, and you have your yummy chocolate nest!!! 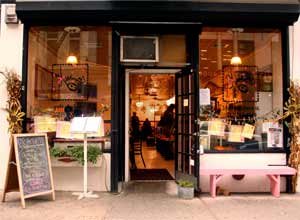 My girls and I love this breakfast place Kitchenette, in Manhattan. Not only do they have great food but I LOVE the decorating-so adorable!! There are two locations-one on Chambers Street and one on Amsterdam Avenue, uptown. Try it next time you are there!

I absolutely love my friend’s website. I knew her years ago in Washington DC and it is funny that we have both ended up in design-we both had a real love and interest in it even amidst all of the diapers and runny noses!

The first picture illustrates how a burst of a great color can really change a room,it is Ben Moore “Sea Reflections” 1664. The second photo is just a lovely milky soft brown-called Ben Moore “Weimaraner”. Of course!

She posts beautiful photos on Facebook and has a wonderful website for her company:
The Painted Room/Architectural Color Consultation.Check it out!

My friend’s husband just wrote this fantastic book-great to give any recent college graduate.You can purchase it on Amazon. Here are some of the topics David covers:

Only about 50% of today’s college graduates are working in jobs that require a college degree. How do you make sure your college investment pays off?

Can you imagine landing a great job after college? To succeed in today’s tough job market you must know what works—and what doesn’t.

Learn from 30 recent college graduates who overcame obstacles to start careers they’re proud of. This book gives students, new grads, and their parents:

–Inspiration. What will it feel like when your job search is successful?
–Practical action steps. Each chapter is loaded with tactics you can apply immediately. Beat Applicant Tracking Systems, learn shortcuts to building a job search network, and nail your next Skype interview.
–Access to critical resources: Save hours of searching. Everything you need to jump-start and sustain a successful job search is right here.