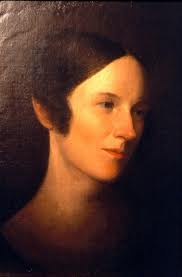 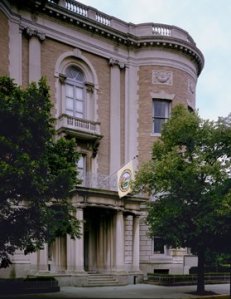 Known for spending lavishly on books, wine and, above all else, his beloved Monticello, Jefferson left his heirs under a small mountain of debt when he died on July 4, 1826. His daughter, Martha Randolph, was forced to sell the estate, which had already entered the early stages of decay due to years of neglect. In 1836, it was bought by Uriah Levy, a real estate speculator who was the first Jewish American to serve an entire career as a commissioned Navy officer; he and his nephew, Jefferson Monroe Levy, are largely responsible for its restoration and preservation. The Thomas Jefferson Foundation, a nonprofit organization, purchased the property in 1923 and continues to operate it as a museum and educational institution.
In the meantime,Jefferson’s granddaughter Ellen Randolph married Joseph Coolidge in 1825 and moved to Boston-bringing with her the papers that she inherited.This is why the Massachusetts Historical Society has even more of Jefferson’s private papers than Monticello itself!
The Coolidge Collection of Thomas Jefferson Manuscripts at the Massachusetts Historical Society is the largest collection of private papers kept by the third president of the United States (the Library of Congress holds the majority of Jefferson’s public papers). In 1898 Jefferson’s great-grandson(Ellen’s son), Thomas Jefferson Coolidge (1831-1920) of Boston, presented a large number of Jefferson papers to the MHS. This material included correspondence (nearly 8,800 pages of both incoming correspondence and Jefferson’s retained copies of outgoing correspondence), manuscript volumes including his Garden and Farm Books–the records of Monticello and his other properties–almanacs, accounts, law treatises, and the manuscript volume listing the books in Jefferson’s personal library. Later Jefferson and Coolidge descendants added to the collection, which includes more than 400 of Jefferson’s architectural drawings. The MHS also holds a manuscript copy of the Declaration of Independence written by Jefferson, an 1893 gift from Mr. and Mrs. Arthur C. Washburn.