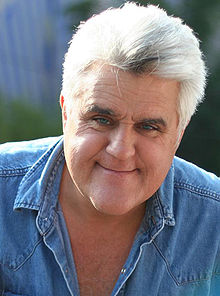 I have special feelings for the Tonight Show as when it was filmed in NYC and the host was Johnny Carson -Ed McMahon and Doc Severinsen lived in my hometown of Larchmont and even went to my church. My Dad also looked a lot like Johnny Carson and if someone asked for an autograph as he was walking to work in NYC, he would say “do you think  I am Johnny Carson?” and if they said yes he would sign! Tonight will be the premiere of Jimmy Fallon as host.It is scheduled to make its debut tonight, on Monday, February 17, 2014, following Jay Leno’s second retirement as host ofThe Tonight Show on February 6, and will be the seventh incarnation of the franchise.

On April 3, 2013, NBC announced that Jay Leno will retire in 2014, with Jimmy Fallon taking over The Tonight Show beginning on February 24, 2014. At Leno’s suggestion, the date was moved forward by one week to February 17, 2014 to use NBC’s coverage of the 2014 Winter Olympics as a springboard for Fallon’s tenure. The date was later moved up a week to February 17, midway through the Olympics.

NBC spent approximately $5 million renovating Studio 6B, where Fallon had been taping Late Night, for The Tonight’s show return to New York City. On September 3, 2013, Late Night moved to Studio 6A, built as an exact replica of Studio 6B. The upgraded 6B is expected to have a new look and infrastructure and will be able to seat 240 people, up from 189.The larger audience also meant NBC could take advantage of a newly enacted New York state tax credit for talk shows that are “filmed before a studio audience of at least 200, as long as they carry a production budget of at least $30 million and have been shot outside New York for at least five seasons.”

2 thoughts on “The Tonight Show Today”