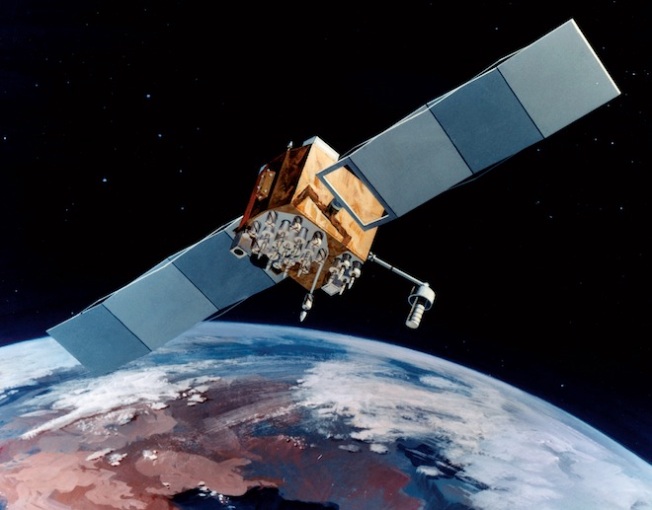 If there was ever a justification needed for space technology, it’s that it keeps people like me from constantly being lost. These days, my car GPS and iphone are much better than me at getting around thanks to a fleet of satellites that tells them where they are at all times.

Though not a particularly romantic anniversary, last month marks 25 years since the first satellite in the U.S. Global Positioning System launched from Cape Canaveral, beginning the set up for one of the wonders of the modern world. In the two and a half decades since then, GPS has become inextricably embedded into just about everything we own, finding use in cartography, smart phone apps, geotagging and geocaching, disaster relief, and hundreds of other applications, while simultaneously raising privacy concerns.

GPS relies on at least 24 satellites flying 20,000 kilometers overhead in one of six different orbital paths, tracing out what looks like a toy model of an atom. With their solar panels extended, each of these 1-ton satellites is about the same size as a giraffe. At any given moment, each satellite beams out a signal identifying itself and giving its time and location.

A model showing the 24 original GPS satellites in orbit and a point on the Earth rotating. Animation: El pak/Wikimedia

Your GPS-enabled phone or car captures that signal and compares the time it was received to the time it was transmitted. A quick calculation involving the speed of light allows the device to figure out the distance to that satellite. If you have your distance to two or three satellites, you can triangulate your position on the Earth. When all the GPS satellites are working, a user always has at least four in view, allowing them to determine things like altitude, speed, and direction.

In September of 1973, the top brass met at the Pentagon and came up with what would eventually become known as the Navigation System Using Timing and Ranging program, called Navstar-GPS, which was later shortened to just GPS. Between 1978 and 1985, the military launched 11 satellites (10 of which worked) to test the new GPS system.

After Korean Air Lines  flight 007 was shot down in 1983 for wandering into prohibited U.S.S.R. airspace, President Reagan promised that GPS would be opened up for civilian use on passenger aircraft once it was completed. The first GPS satellite in the modern fleet launched on Feb. 14, 1989. The Air Force had planned to use the space shuttle for this launch in 1986 but was delayed by the Challenger disaster and eventually used a Delta II rocket. The full GPS fleet was completed in 1994 and now at least 32 satellites are in orbit to provide redundancy. During the same time, the Russians developed and launched GLONASS, which works on principles similar to GPS, and is currently the only alternative location-finding system in the world.

At its beginning, the U.S. military feared that GPS technology would be used by enemies, and purposely degraded civilian information so that it could only provide accurate location information to within 100 meters. In 2000, President Clinton had this feature turned off and now civilian devices are usually accurate to within 5 to 10 meters. The European Union and China are currently building their own global navigation systems, known as Galileo and Beidou, respectively, that will serve as further alternatives to GPS in the coming decade. It seems likely that folks in the future will never have to worry about being lost again.

excerpts from Wikepedia and Adam Mann in Map Lab article

One thought on “Thank Heaven for GPS!”