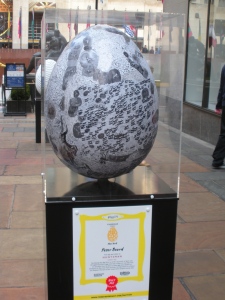 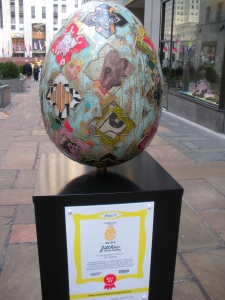 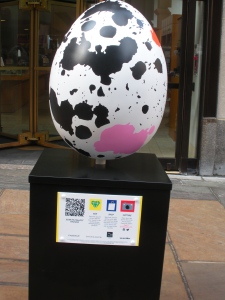 The Fabergé Big Egg Hunt is the world’s biggest egg hunt, with over 260 egg sculptures individually created by leading artists and designers. The sculptures will be placed across the five boroughs of New York City. The Fabergé Big Egg Hunt will officially start on Tuesday, April 1, at 7:00 a.m. and will run until Thursday, April 17, at 11:59 p.m. Following the hunt, all the eggs will be placed in Rockefeller Center until Friday, April 25.

They were very neat to look at-pictured above were some of my favorites.