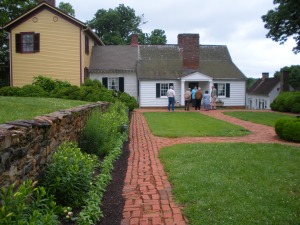 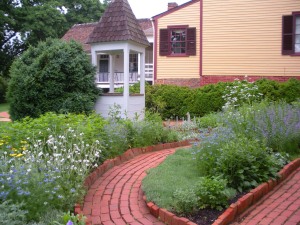 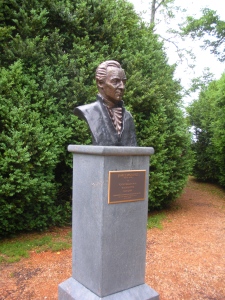 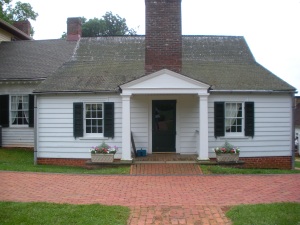 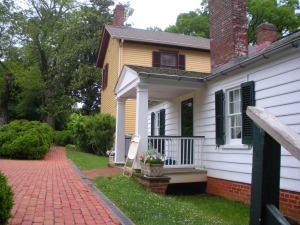 Ash Lawn-Highland, located near Charlottesville Virginia and adjacent to Thomas Jefferson’s Monticello, was the estate of James Monroe, fifth President of the US. Purchased in 1793, Monroe and his family permanently settled on the property in 1799 and lived at Ash Lawn–Highland for twenty-four years. Personal debt forced Monroe to sell the plantation in 1825.

President Monroe simply called his home “Highland.” It did not acquire the additional name of “Ash Lawn” until after his death.

The estate is now owned, operated and maintained by Monroe’s alma mater, the College of William and Mary.

Encouraged by his close friend, Thomas Jefferson, Monroe purchased a deed for one thousand acres (4 km²) of land adjacent to Monticello in 1793 for an equal number of pounds from the Carter family. Six years later, Monroe moved his family onto the plantation, where they resided for the next twenty-four years. In 1800, Monroe described his home as:

Over the next 16 years, Monroe continued to add onto his home, adding stone cellars and a second story to the building. He also expanded his land holdings, which at their greatest included over 3,500 acres (14 km²). However, by 1815, Monroe increasingly turned to selling his land to pay for debt. By 1825, he was forced to sell his home and the property.

The home today consists of a one-story, three bay by three bay, original frame section connected to a two-over-two central hall addition by a short wide hall serving as a parlor. The addition dates to the mid-19th century. The front of Ash Lawn faces north toward Monticello, which is visible from the front porch. Also on the property are a contributing gable-roofed ice house, a gable-roofed cabin with an exterior end brick chimney, and a smokehouse with a pyramidal roof.

Highland was featured in Bob Vila’s production, Guide to Historic Homes of America.

Today, Ash Lawn–Highland is a 535 acre (2.2 km²) working farm, museum, and a performance site for arts, operated by the College of William and Mary. It is open to the public year round, though with limited hours from October through March.

One thought on “Ash Lawn-Highland”