Talk about construction! I was just in New York and walked by the World Trade Center building site. I couldn’t help but gasp at the enormous task for all involved.  The complex of buildings will replace the earlier complex of 7 buildings on the same site with the same name. The site is being rebuilt with six new skyscrapers,a memorial to those killed in the attacks(the 2 beautiful reflecting pools with granite edging with the names carved into it-so thoughtful in that you can place a flower in the name itself)) and a transportation hub.

In August 2012, One World Trade Center’s steel officially topped out at the nominal 104th floor, at a total height of 1,368 feet. The tower’s antenna was shipped to New York in November 2012; the first antenna section was hoisted to the top of the tower on December 12, 2012, and installed on January 15, 2013.

By March 2013, two sections of the antenna had been installed. The spire was expected to be completed on April 29, 2013, but weather delayed the delivery of the final pieces.On May 10, 2013, the final piece of the spire was lifted to the top of One World Trade Center, bringing it to its full height of 1,776 feet, and making it the fourth tallest building in the world. Port Authority Vice Chairman Scott Rechler said on September 9, 2014 that it will open this November.

The Four World Trade Center is on track for completion and occupancy by  the end of 2014. The Museum opened on May 21, 2014.The Three World Trade Center and the Transportation Center are also making progress and are set to be finished by around 2015. Two World Trade Center’s full construction has been placed on hold until tenants are found, but it is still expected to be completed before 2020. 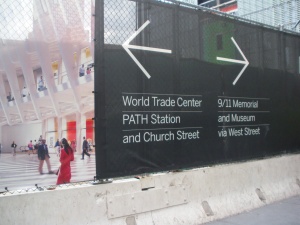 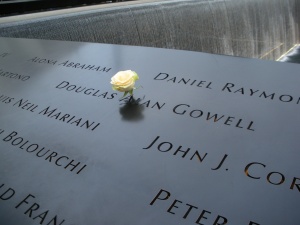