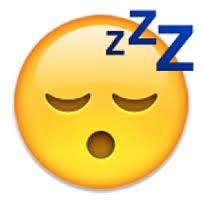 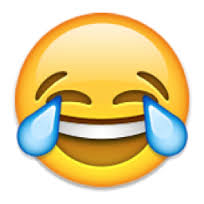 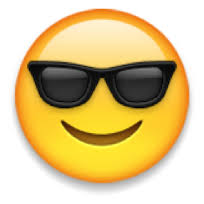 I love how words come and go. A few years back I said the word “fink” and my kids just stared at me. “What is that?” they said. I was shocked-that was such a big word in my youth-“rat fink” or just being a plain “fink”. Another phrase they laugh at me about is “hunka munka”-I mean, didn’t everyone use that phrase for a good looking guy???

Now all of a sudden we are “ubering” and “googling”-these names have become verbs in our everyday language. I got a new iPhone this week and all of a sudden I have the ability to use emojis. I was excited but my kids were not as I sent many the first two days! I was very curious where the word “emoji” came from and no one seemed to actually know so I googled it and this is what I found:

Emoji (絵文字えもじ? are the ideograms or smileys used in Japanese electronic messages and Web pages, the use of which is spreading outside Japan. Originally meaning pictograph, the word emoji literally means “picture” (e) + “character” (moji). The characters are used much like ASCII emoticons or kaomoji, but a wider range is provided, and the icons are standardized and built into the handsets. Some emoji are very specific to Japanese culture, such as a bowing businessman, a face wearing a face mask, a white flower used to denote “brilliant homework,” or a group of emoji representing popular foods: ramen noodles, dingo, onigiri,  Japanese curry, and sushi. The three main Japanese mobile operators,NTT DoCoMo,au and Soft Bank Mobile have each defined their own variants of emoji.

Although originally only available in Japan, some emoji character sets have been incorporated into Unicode, allowing them to be used elsewhere as well. As a result, emoji have become increasingly popular after their international inclusion in Apple’s iOS in 2011 as the Apple Color Emoji typeface, which was followed by similar adoption by Android and other mobile operating systems.Apple’s OS X operating system supports emoji as of version 10.7  Microsoft added monochrome Unicode emoji coverage to the Segoe UI Symbol system font in Windows 8 and added color emoji in Windows 8.1 via the Segoe UI Emoji font.

The exact appearance of Emoji is not prescribed but varies between fonts, in the same way that normal typefaces can display a letter differently. For example, Apple Color Emoji font is proprietary to Apple, and can only be used on Apple devices. Different computing companies have developed their own fonts to display emoji, some of which have been open-sourced to permit their reuse Both colour and monochrome emoji typefaces exist, as well as at least one animated design.

These are just some of the most popular emojis:

2 thoughts on “Emot with your Emoji!”