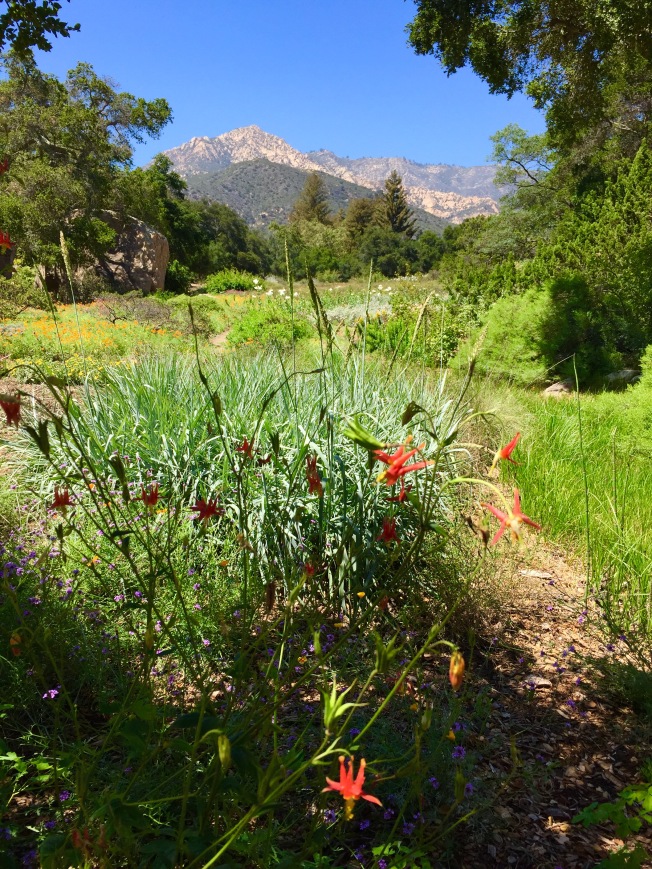 Whether you enjoy hiking, fine-dining, water sports, lazing on the beach, culture, or a great night-life, Santa Barbara has something for you. We certainly went from the very sublime at the Botanic Garden to the crazy but wonderful Summer Solstice Parade!

Santa Barbara is a 2-hour drive north from Los Angeles or a short hop from any corner of the world via the Santa Barbara airport. Santa Barbara’s harbor is home to the world famous Stearns Wharf, a great destination for the entire family. Visiting the zoological gardens makes for a great family day-trip.

With sweeping views to the Santa Ynez Mountains and the Santa Barbara Channel Islands and stunning landscapes, the Santa Barbara Botanic Garden is a great place to explore California’s native plant diversity.The Garden’s 78 acres encompass a variety of cultivated displays as well as stands of natural coast live oak and riparian woodlands. We saw redwoods,woodpeckers,beautiful plants and views from almost every corner. 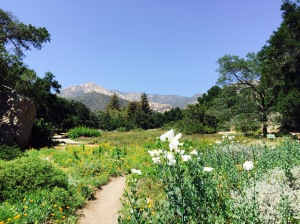 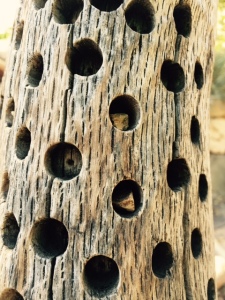 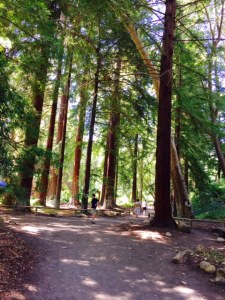 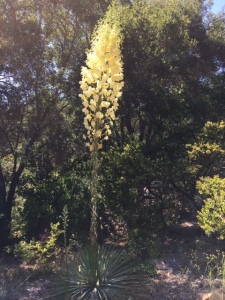 The next day we went to the Summer Solstice Parade. What a riot!

Summer Solstice Parade began in 1974, as a birthday celebration for a popular artist and mime named Michael Gonzales. In subsequent years, their parade joined forces with a Summer Solstice Music Festival coordinated by Michael Felcher, sponsored by The Santa Barbara Museum of Art, staged at the Sunken Gardens to celebrate the longest day of year.

The Parade and Festival is the largest arts event in Santa Barbara County, drawing crowds of over 100,000 spectators from around the world.

The Summer Solstice Celebration has evolved into creative and original display of floats, giant puppets, whimsical costumes and masks of more than 1,000 parade participants. There is dancing, music, drumming and drama that is fascinating to watch! 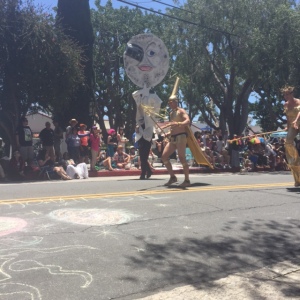 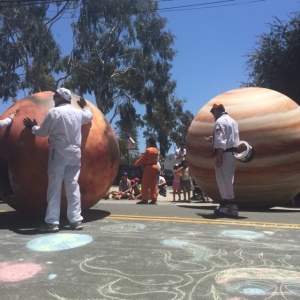 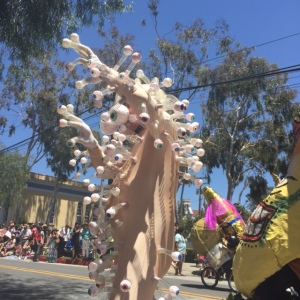