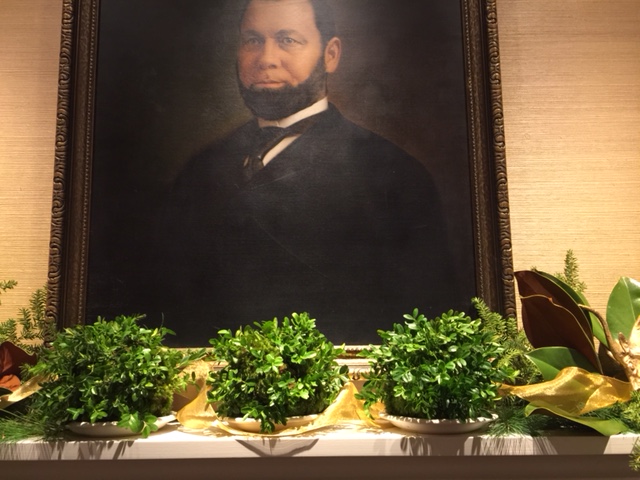 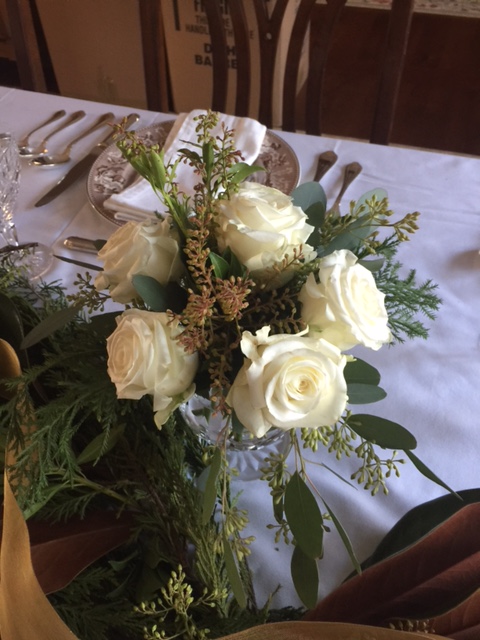 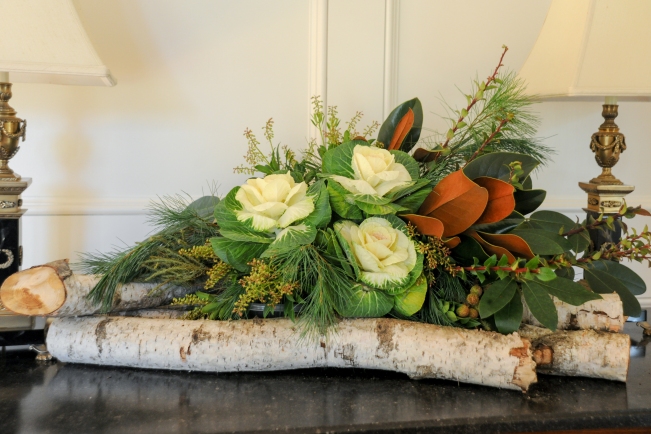 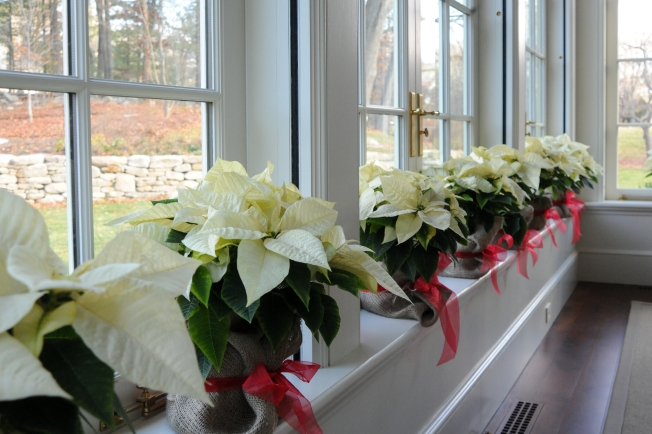 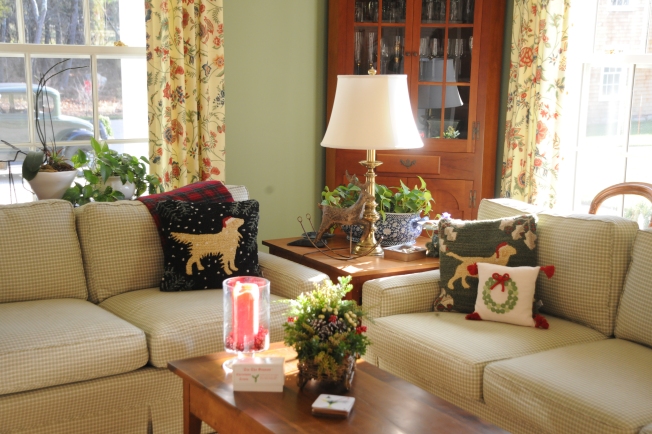 I have a snowman collection that I started while in Switzerland. I had them in the double window as you walked in the kitchen,over the bench seat.

The dog tree in the kitchen didn’t always have Judy’s golden puppy Tucket in front of it for the tour, but I just had to put this picture in.  I have all goldens and westies on the tree for our dogs. 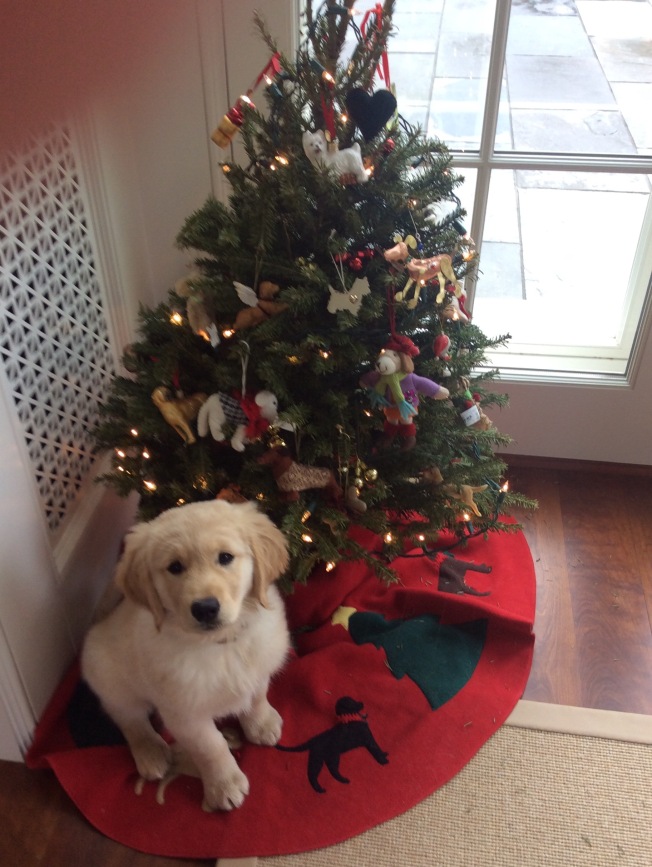 The deer seemed a little large when the huge boxes arrived from Frontgate but I loved them on the table.

Judy and I decided to keep the windows clean and simple and just tied burlap squares around white poinsettias and finished them with red organza ribbon.

We had a baking station, as if someone in the house were making cookies that day.

Another one of Judy’s amazing arrangements!

Just simple boxwood wreaths in the windows tied up with gold ribbon. The HO HO’s I got years ago but had never used.

Judy did such a beautiful job with the Dining Room table. She took white roses and greens and put them in 6 of  my Waterford “Lismore” brandy glasses. She then weaved in a serpentine shape the mixed greens,gold ribbon,white pine, cedar, seeded eucalyptus and magnolia leaves in the center of the table. We used my antique Johnson Brothers plates,Waterford “Lismore” wine and water glasses and my Cristofle flatware.

These beautiful bubble trees are from Simon Pearce. 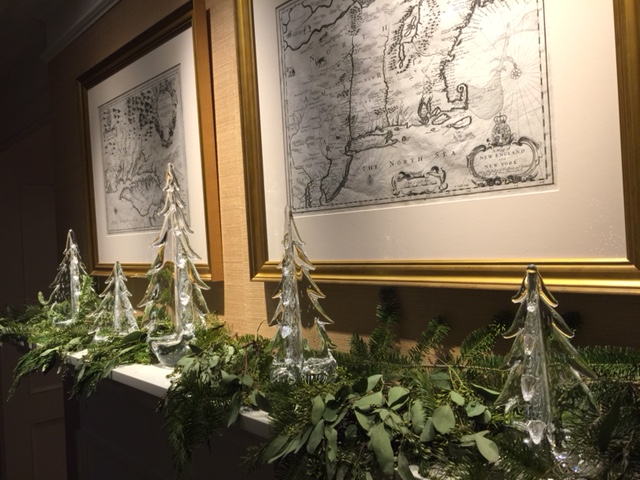 We used mixed greens,winter berries and pine cones to surround my silver tea set. The little trees I made in a pottery class in Zurich. 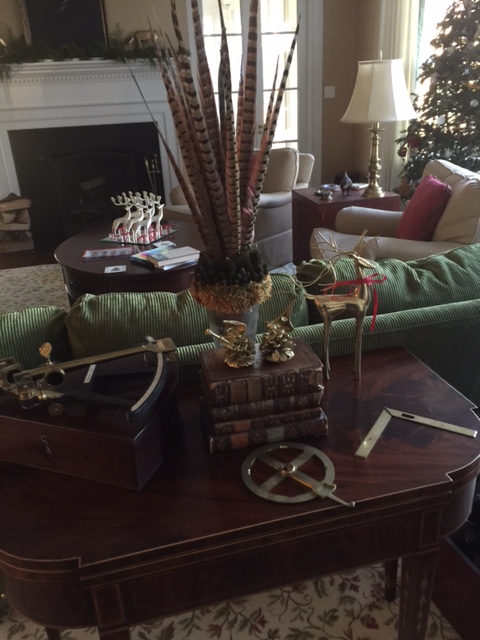 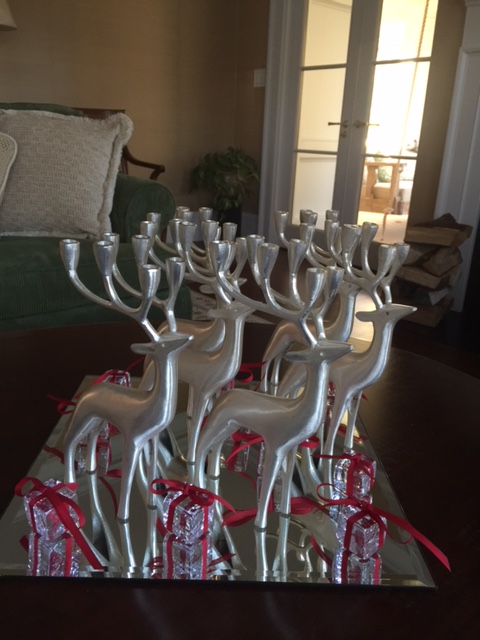 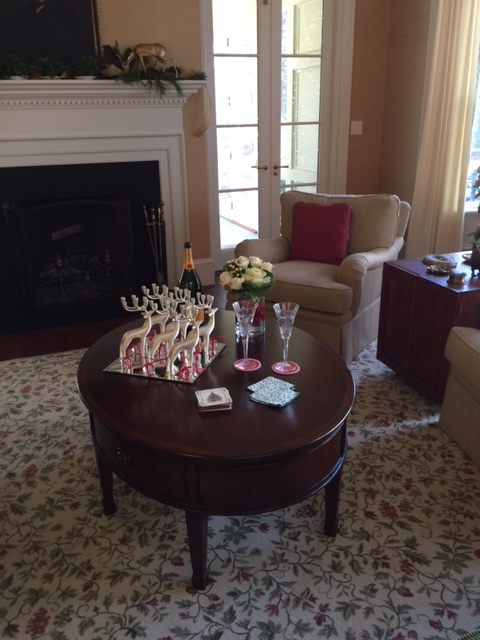 As you entered the front hall, my friend Judy had made a beautiful arrangement out of rhododendron,magnolia leaves, white pine, flowering kale , and some other mixed greens  that she used for layering and texture.

On the other side of the front hall, we had Bill’s grandmother’s creche.She had apparently made all of the pieces at a pottery class in Pennsylvania in 1963 and painted them herself as well!

As you left the front hall,you went into the library to the left. In this room, we had a small tree with little Swiss cowbells. We lived in Zurich for 3 years and when I first got there, my new friend Joan told me to collect the bells at kiosks in every village as I travelled around with our family. “Then” she said, “you will have a second Christmas tree when you move back home- dedicated to your years in Switzerland”. I thought this was a great idea!

In addition,just as we were leaving to return to the US, my friend Sandy found a shop that sold real Swiss cowbells with a brass plaque on which they would inscribe your family name and the years you lived in Switzerland. This bell was at the base of the tree.

Bill’s trains from his childhood circled the tree but unfortunately we could not get them to go-he has ordered the missing part! 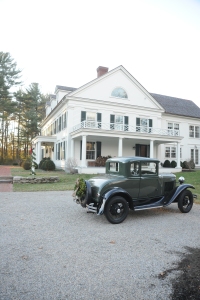 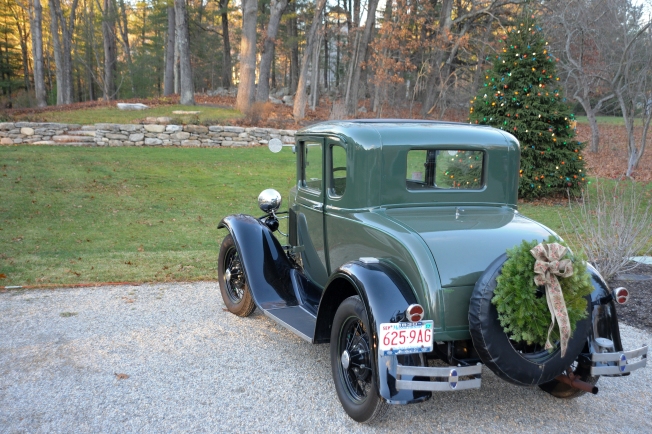 As you walked up the driveway from the barn to the house there was an antique car that I had borrowed from a friend.It was fantastic to have it there-many people took pictures next to it,some for their Christmas cards.

I asked about the car and this is the story my friend told me:

It must be 10-12 years ago, I was driving to a Middlebury board meeting on a Wednesday night in the pouring rain in October. I drove through Bethel, Vermont, as I have done almost every Friday and Sunday nights for the last 35 years, literally! I drove by this green and black model A on the side of the road, badly needing a paint job. I drove by, and then it started to work on my head. I was not in a hurry to get to Middlebury, I would just go to bed later. I was by myself, so no conflicting points of view. After a couple of minutes I turned around to go check it out, got out an umbrella, raincoat, flashlight and returned to the car, checked it out, and wrote down the phone number, and noticed the asking price of $6000. It seemed intact, but in bad need of a paint job.   The next morning,  meetings didn’t start until noon so I got up early and drove back to Bethel, probably a 40 min drive. I called the number and the guy told me to swing by.
I stopped in the tiny First National Bank of Bethel in the middle of town and asked the teller if I could get a $6000 advance on my MasterCard? She referred me to the president of the bank sitting in the corner. I approached the president, and he said as long as I had an ID, and credit available, that would be fine.  I don’t think I had ever gotten a cash advance on my credit card.
I asked the president if he was familiar with the model A for sale around the corner. He replied, “oh John Merrill’s car? Definitely! He tried to sell it to me”. Fully convinced the entire town would now gang up on the flat lander to exploit as much cash as possible, I asked with trepidation, “What do you think of the car?” He replied, “it runs well, but obviously needs a paint job.  Have him start it up for you.”
“Is it worth $6000?” I asked nervously. “Probably” the bank president said, “but let me tell you a little bit about John.  You should decide ahead of time if you want to buy the car for $6000.  I wouldn’t negotiate. He doesn’t believe in negotiation. Either buy the car for $6000 or don’t buy the car.  Let me tell you a story about John.  I knew his now deceased father well.  I was over there one day and John had 2 Indian head pennies that he was selling. John was about 9 years old at the time. These two men came over from New York to look at the pennies to buy them and John took them in the house to show them the pennies. I was outside with his father and asked, ‘Aren’t you concerned about John negotiating with this two adults from New York?’  John’s dad replied, ‘Yes, I am a little worried for the two guys from New York!’
“Any idea where I could find someone to transport the car to Massachusetts?” “Sure, Ed at the Sunoco has a flat bed.”
So I left with the $6000 in cash and went to the local gas station where I have filled up hundreds of times. They had a tow truck and flat bed, as do most gas stations in Vermont. I talked to Ed, who gave me the same story about negotiating with John. He asked “Do you have AAA prime?” I said I didn’t know.  He said “Let me see your AAA card.”  He said “you don’t have AAA Prime but I can call and get you upgraded.  With AAA prime, I can put that car on the flat bed and take it to Massachusetts for free!” I said “deal”
I went see John.  I said, ” I have talked to the president of the bank and the fight who owns the Sunoco station. They both said I shouldn’t negotiate with you, but I have to ask, is this the best price?” John said, you can buy the car now for $6000, you can buy the car in an hour for $7000 or you can buy the car tomorrow for $8000.”
I bought the car for cash, had it delivered to Massachusetts and here it is.  The paint job is chapter 2! 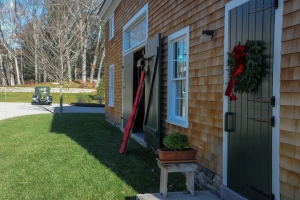 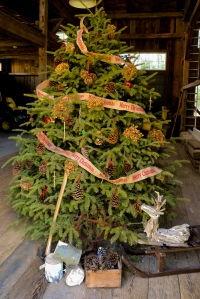 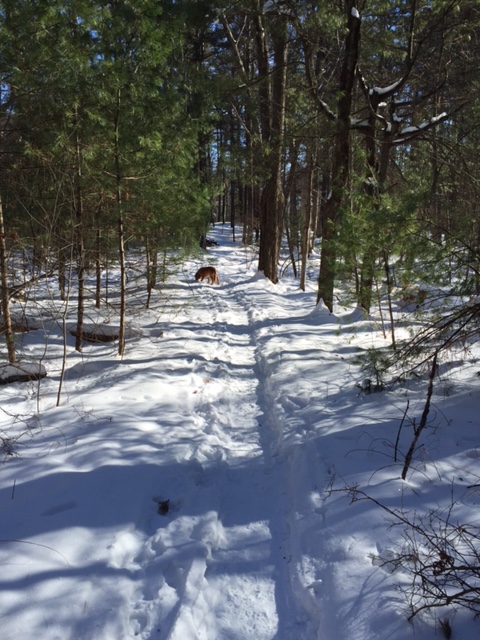 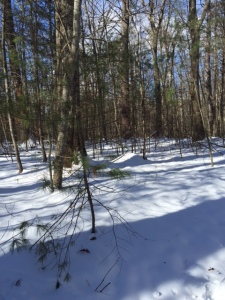 One of the reasons we bought our property is because we literally back up to this wonderful piece of land known as Estabrook Woods. This is from their website:

Estabrook Woods is an amazing place nestled inside Concord, MA. If the variety of trails weren’t enough, the history is very special. Here you can walk on the same road that the Minutemen traveled from Carlisle to the North Bridge to face off against the British in 1775. Every year on Patriot’s Day, the reenactment soldiers still travel this 350 + year old road. The site of an old lime kiln from the 1960s can still be viewed here. Just a few miles from Walden Pond, Henry Thoreau also walked here, lived here and wrote about these woods. In fact, his Walden Pond house was moved here from the Walden Pond site. Today, the land is mostly owned by Harvard University’s Museum of Comparative Zoology. It is a wild tract of more than 1,200 acres of woodland, hills, ledge, and swamp. It is the largest contiguous and undeveloped woodland within thirty miles of Boston.

Estabrook Woods is a recreational delight. You can travel the wide, but rocky carriage roads or turn down a winding stretch of single-track trail. It’s a favorite spot for dog walkers, light hikers, trail runners and mountain bikers. The New England Orienteering Club (NEOC) has a map of the area and holds meets here on occasion. Most of the terrain is ride able by a mountain bike. Some is fairly easy, but most trails are rocky and technical in places. Some rock gardens and slick stream crossings will almost certainly have most riders off their bikes. For the advanced rider, take the winding single-track up to the top of Punkatasset Hill and enjoy a rocket ride straight down to the bottom. Pick up the Davis Corridor to Carlisle and after a short road ride to Kimball’s ice cream, pick up the singletrack behind the farm and you can make it almost all the way into Great Brook Farm State Park on trail. Trail runners delight in the flowing trails and variety of gently rolling terrain.